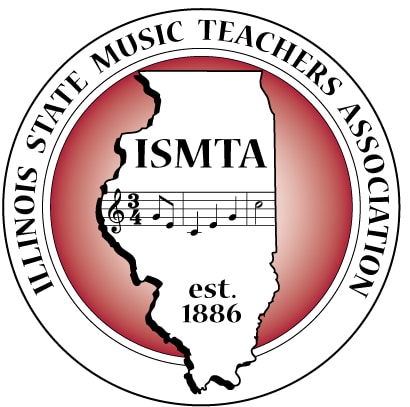 ISMTA Teacher of the Year

Individuals and local associations are invited to nominate a member for ISMTA Teacher of the Year.  Teacher of the Year nominees must be a current ISMTA member. Nominees shall have made a significant contribution over an extended period of time to not only their teaching studio, but community, their local association and ISMTA. Contributions may be educational, creative, administrative, financial or service related, but should be significant in both scope and impact.

To nominate a teacher, use the link below to submit the following:

Additionally, up to 5 (five) supporting documents may be emailed to the same address, and may include additional letters of recommendation, recital programs, awards, newspaper articles, publications or other supporting documents.   Only digital files will be accepted (jpg, pdf, doc).

Please note that nominations which do not adhere to the aforementioned nomination process may be disregarded at the discretion of the Teacher of the Year Committee.

2022 Teacher of the Year:
Janice Razaq

Janice Larson Razaq is a dedicated teacher/performing artist and a long-time member of ISMTA (50 years!) She has been state and local (NWSMTA) President and State Certification Chair. She recently completed a term as East Central Division Director for MTNA. Dr. Razaq is Director of Keyboard Studies at Harper College in Palatine, where she teaches applied piano, class piano and non-credit piano to students from ages 6 through 80. She has served on the piano faculty at Dominican University in River Forest. In addition she is a highly respected Chicago area independent teacher whose students place highly in auditions and competitions. Recognizing that all her students aren’t likely to win competitions, she says that “fostering the love of music-making is my main goal.”

Dr. Razaq has a DMA from Texas Tech University (William Westney), a Master of Music Degree from the University of Illinois (Stanley Fletcher) and a Bachelor of Music Degree with Distinction from The Eastman School of Music (Cécile Genhart). Additional studies were with Frank Mannheimer in Minnesota. A Fulbright grant took her to the Royal Academy of Music in London to study with Hilda Dederich for three years, where she received the Licentiate Diploma in Piano Performance.  Her London debut recital at Wigmore Hall received excellent reviews. Additionally she was an award winner in the Canals International Competition in Barcelona.

Dr. Razaq appears nationally in recitals including performances on the “Live from Landmark” series on Minnesota Public Radio, on the Dame Myra Hess Concert Series from the Chicago Public Library, broadcast live on WFMT Radio, and on KOHM Radio in Lubbock, Texas. She has been a featured recitalist/lecturer with the Mannheimer Piano Festival at the University of Minnesota in Duluth several times, and her performances there have been rebroadcast on Minnesota Public Radio. Her performance of Gershwin’s Rhapsody in Blue with the Elgin (Illinois) Symphony Orchestra was acclaimed by critics as “powerful and dazzling”.

Dr. Razaq is active as an adjudicator and has judged local, district, state, and international competitions. She plays chamber music recitals with Chicago Symphony Orchestra members and was a featured soloist at Stringfest, held at Illinois State University. An article on “Home Practice” by Dr. Razaq appeared in the Keyboard Companion Magazine, and she has written book reviews for the American Music Teacher magazine.

Dr. Razaq is past president of the American Matthay Association for Piano (founded many decades ago to honor English piano pedagogue, Tobias Matthay). Dr. Razaq has presented and performed at Matthay Festivals in several states over the years, most recently in June, 2022, in Duluth Minnesota. https://matthay.org/Fest2022.htm Dr. Razaq also presents lecture/demonstration/recitals for the Illinois State Music Teachers Conferences. One session was entitled “The Sometimes Misunderstood Relaxation Technique of Tobias Matthay”. She gives many lecture demonstrations for local area groups of ISMTA, and for the American Matthay Association. Various titles for these programs have included: “Music of My Ancestral Heritage: Scandinavian Composers,” “A Smorgasbord of American Musical Treasures,” “Notes of 20th Century American Women Composers,” “An Introduction to the Lives and Music of Two American Women Composers: Ruth Crawford Seeger and Ruth Schonthal,” “From Parlor to Platform, From Rag to Rhapsody: American Women in Music,” “Observations of an Audition Judge,” “Practicing Means Listening,” “Influence of Vocal and Instrumental Characteristics on Piano Technique and Tone Color,” and “Beyond Exploring the Drama in the Mozart Piano Concertos.” “Let’s Understand Tobias Matthay’s Relaxation Technique” was the title of  her presentation for the 2013 Canadian Federation Music Teachers Association national conference in Halifax, Nova Scotia.  The most recent topics have been “A Fresh Look at a Mannheimer Master Class: Forest Scenes, op. 82 by Robert Schumann” and “Exploring Some Unfamiliar Contemporary Gems, AIM Levels 8-9-10” (both in 2022).